Troubles of love and transition of power in mythic Viking Age. 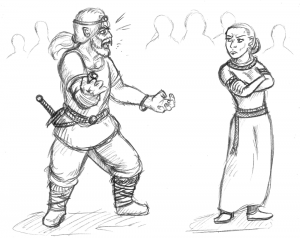 When the first Northmen started their journeys on the vast eastern rivers three generations ago, they were the exiles of their villages and the scum of the earth. Most of them never returned.

Eventually, some of them did though, and the northern reaches bore witness to boasts of great deeds. The Vikings and the silver they carried home would change the north forever.

Hårik was one of these men. He left as an outcast, but when he returned, he carved a nation on the islands with silver in one hand and a sword in the other. The lands he claimed once belonged to seal-hunters and merchants, but under his rule, those lands became a haven of power. He took over the trade routes of fur and slaves, and soon it was next to impossible to travel to Birka or Uppsala without crossing the waters of his dominion. Hårik and his land, Åland as he called it, was known throughout the lands all the way to the far north of Kainu and Turja.

Hårik’s travels and adventures are but a memory now. He had three sons who all met grim deaths in faraway lands, and his only remaining child is the stubborn daughter Aino. She inherited her tough wits and temper from her late mother, a woman from the deep forests of Häme. So tough and determined is she that even at sixteen summers of age her father the king has not been able to give her away in marriage.

The winter past was a gruesome ordeal for old Hårik. He coughed and moaned through most of it, and even the spring warmth has not brought back all of his strength. So it was that he took up a dire talk with his daughter: This summer, she would choose a mate or leave the lands forever with no patrimony at all.

Through the spring weeks merchants and travelers have been spreading the word: before the last flames of the midsummer bonfire burns down to embers, Aino will finally choose a consort. And not just that, but the future king of Åland as well!

It is the eve of the midsummer festival. The great clearing of Åland is crowded with the curious and the ambitious. Men of varying talents from near and far have come to demonstrate their power and skill. The air is filled with anticipation as the great bonfires are lit. Tomorrow it will all be over, one way or another. 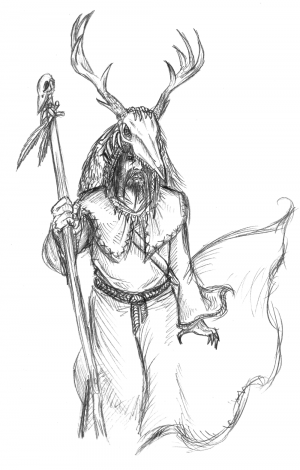 Before the feast starts, a man comes from the north with ten longships. Nine of them are full of warriors. Dark and silent they are, and of a brooding nature. The last boat bears his servants: those doomed men and women who have to follow his every move and fulfill his every dark desire.

Viima is a witch from far north of the land of Turja. The bones he carries with him bear countless spirits of old. Men whisper that he has struck a pact with spirits so powerful that even death itself doesn’t dare to take him to the Underworld.

Viima is after the Hårik’s kingdom, and should he get what he wants, the land will become the dark extension of his power. Power that can reach far from these rocky shores. The fair Aino will be cast among his servants… or worse.