A tale of a rock band on the brink of success. 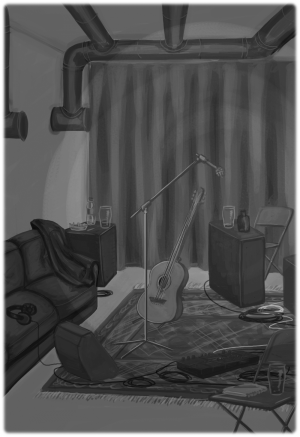 It’s the year 1997, and the music industry is thriving. Half a billion CD’s are sold this year in the United States alone, and the country is full of scrappy alternative bands trying to make it big. One of them is Pittsburgh’s The Loving, fronted by charismatic singer-guitarist Val Sciacoli. The Loving was a local favorite who eventually drew enough attention nationally to be signed by Another World, a major record company’s “indie” label. This year, The Loving is supposed to start recording their second album for Another World in New York City, and their small fanbase’s expectations run high.

Behind the scenes, it’s a different story. After heavy touring, the band is tired, and there are arguments about song credits, money, and public image. Ambitious label head Warren Theotokis sees the potential in Val, but thinks her bandmates are only dragging her down. If Val is given enough creative freedom and support, Warren thinks, she has the makings of a superstar. Warren has already earmarked a budget for Val’s first solo album, and he knows a perfect guy to produce it. Now, if she is just ready to take the next step… 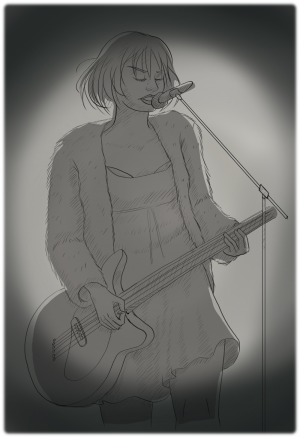 Valerie “Val” Sciacoli has played in the Pittsburgh scene for almost a decade, and the work seems to be paying off. The effort has been taxing, and you can hear the strain in Val’s voice and lyrics. On stage, she gives her all, night after night. Her private life is a bit of a mess, and some of that seeps into her lyrics, too. Sometimes she’s sick of the guys in the band, all people she has played with for years. The more success they have, the more they seem to drift apart. But she can’t go back to playing in grubby college bars. She knows more and more people want to hear The Loving; they want to hear her. She has to give them what they want.